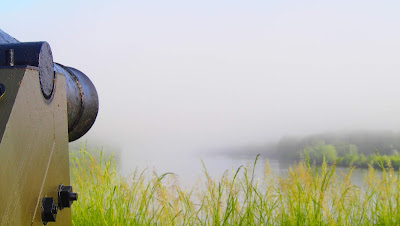 In Part I of this small series of posts I lamented about the lack of a friends group or a round table that supports the Forts Henry and Donelson Campaign.  In this entry I'll cover the genesis of an idea to create a different sort of event that could be held at Fort Donelson National Battlefield every year.

As readers of this blog know each year I attend a weekend study group held at Chickamauga battlefield, known as the Seminar in the Woods.  This annual weekend occurs every March and consists of two days of touring and discussion.  It has been in existence for approximately fifteen years, and is led by Dave Powell and NPS Park Historian Jim Ogden.  Powell is the prolific author of several Chickamauga titles, including his masterful three part tactical study on the Chickamauga campaign and battle.  Ogden is one of the most engaging and knowledgeable tour guides I have ever encountered.

The format of the study group is pretty simple:  one day is spent on a bus, visiting areas related to the campaign, and the next day is spent on the battlefield proper, breaking down the battle into different small parts each year.  The bus tour portion does incur a small fee for the rental of the bus and driver, while the walking tour portion is free.  Each year has a different focus, which means one can attend every year and have something new each time.

This Seminar in the Woods is successful because of the willingness of Powell and Ogden to organize the event and give of their time to share their passion of Chickamauga.  This has allowed many history buffs to gather together and appreciate an even deeper understanding of the battle.  And from this study group I have made friendships that has led to touring other battlefields.

So, applying some of this to Fort Donelson - if a friends group cannot sustain and a round table cannot sustain, then perhaps a simple weekend in the woods, one that does not rely on massive local support, could be a way to gather together those interested in studying the campaign in greater depth, from all across the country.  This would bring numerous visitors to the park and surrounding area, helping increase tourism dollars, while illustrating to the locals that many of us do care about the Forts Henry and Donelson story. 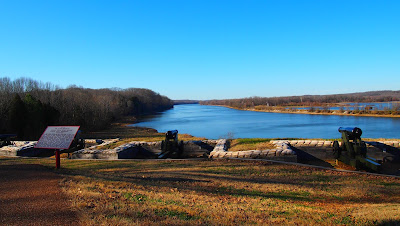 A national battlefield park without a friends group, say it isn't so!

Over the last couple of years I have visited Fort Donelson National Battlefield three times.  It is my closest Civil War National Park Service site, and if I drive straight through I can be at the park in about four and a half hours.  Frustratingly close, yet frustratingly too far.  Close as I can do a weekend there and spend a decent amount of time in the area and not in the car.  Far due to the fact that I cannot do more "for" the park.  More in this case could mean volunteering to help with trail maintenance, or greet guests at the visitor center, or even lead tours.

After my first trip to the area I did a bit more digging and had come across both a round table and a friends group.  Again, being so far away would keep me from being active in either organization, but I thought I could at least join both groups and be supportive financially. However, since neither group offered online memberships, and I never got around to mailing in my membership.  After my second trip to the area I was once again stoked to get involved, only to find that the friends group seems to have disappeared, and the round table was in demise.  I reached out to some contacts I came across who were listed as being involved but had little success in terms of response.  After my third trip to the area last year, doing research for my War Department tablets book, I was able to reach a person who had been involved with the friends group, but she had stated that there simply wasn't time for her to be involved in such an organization any longer and that the group was kaput.  I find the discontinuance of either of these groups to be a shame, as I find the Fort Henry and Donelson Campaign to be a fascinating story.  I certainly understand that as folks do not have time or the inclination to drive such organizations that the result would be less than positive as their heart or the amount of time they can invest is not sufficient enough to drive a favorable experience for members.  But c'mon, it is Fort Donelson!  It is a national battlefield!  Certainly there has to be enough interest within an hour or two to get some sort of support group going to help the park, yes?  Clarksville isn't that far, and has a decent population.  Throw in Murray, Paris, and other small cities and you gotta have something, right?

Okay, let's use Facebook to find these people.  There are, within a fifty mile radius of Fort Donelson, 110,000 Facebook users who have taken the time to list American Civil War as an interest on their profile.  Fifty miles is within an hour or so.  Okay, let's narrow that focus a bit.  Within 25 miles there are 33,000 Facebook users with American Civil War as an interest, within a half hour or so of the park.  What?  33K people (at least) within a thirty minute drive and we can't get a sustained friends group at Fort Donelson?

Okay, I am simply too far away to jumpstart either of these now defunct organizations.  Leadership has to have some local representation, and living over four hours away precludes me from being involved in any sort of leadership capacity.  However, I do have another idea that might help increase awareness, study, and visitation to the area, which in turn might start driving interest in a friends group or Civil War round table.  Stay tuned for Part II about this far fetched idea.
Posted by Darryl R. Smith at 5:15 PM No comments:

Part of the same trip to the Harper's Ferry/Antietam area from a few years ago, here are some shots of the 12th Ohio locations and monument, where my great great grandfather would have fought. 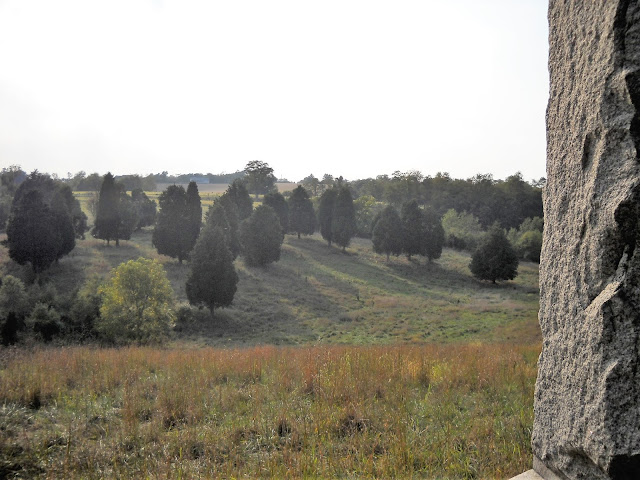 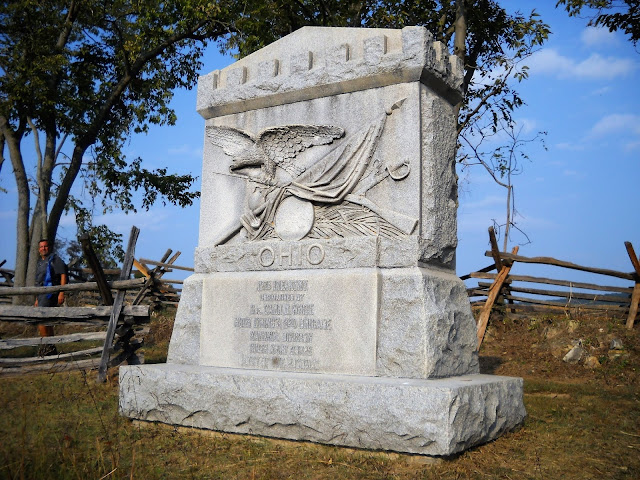 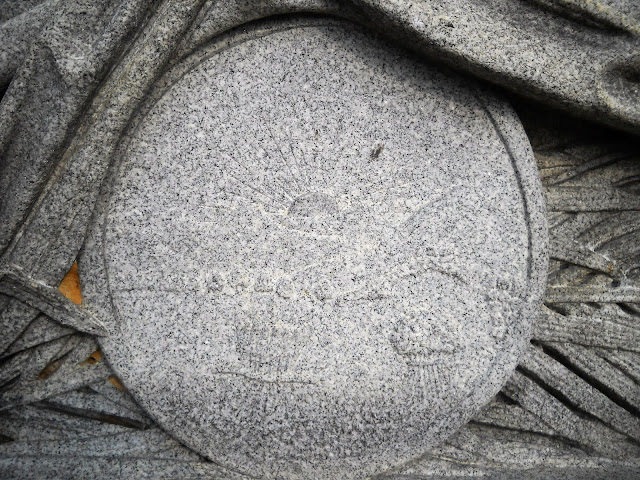 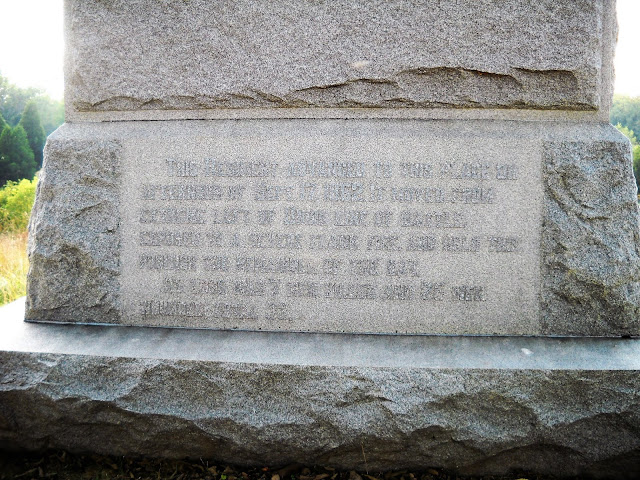 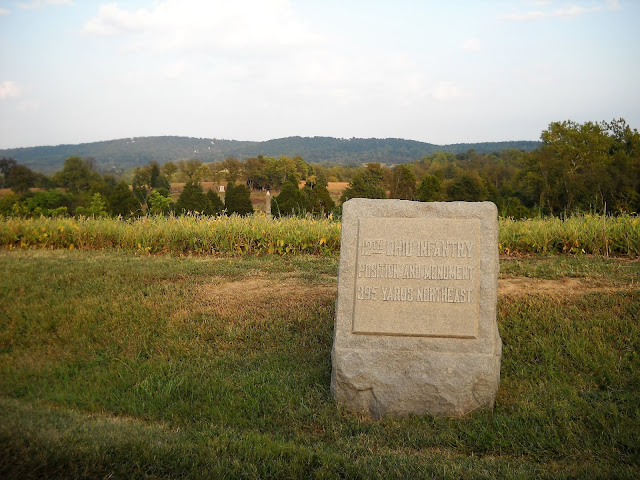 A couple of pictures from a trip several years ago to the Harper's Ferry/Antietam area.  These focus on areas that the 12th Ohio would have been located, and hence my ancestor, Jacob C. Weikel. 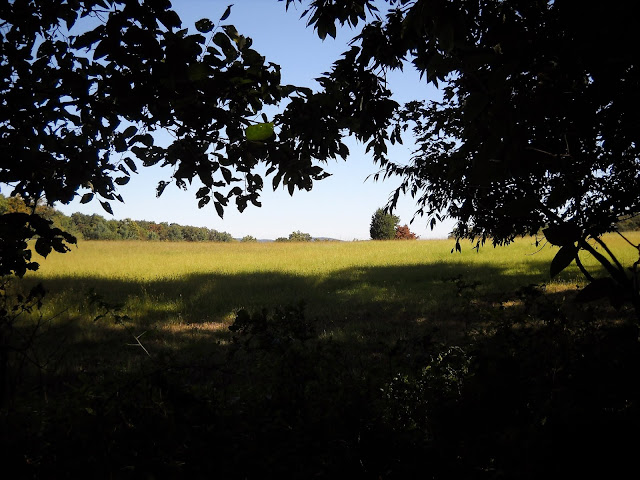 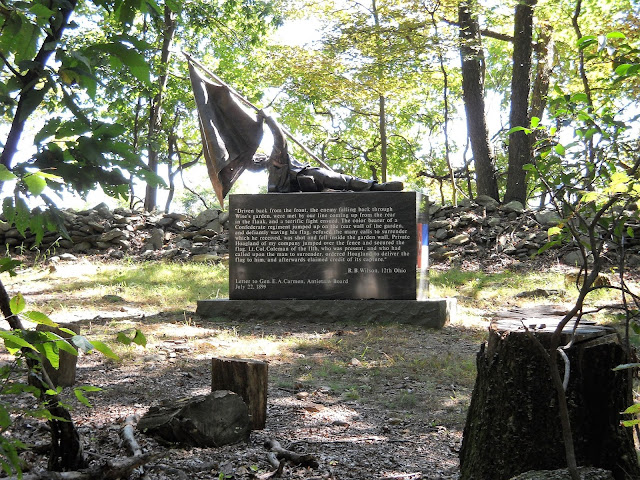 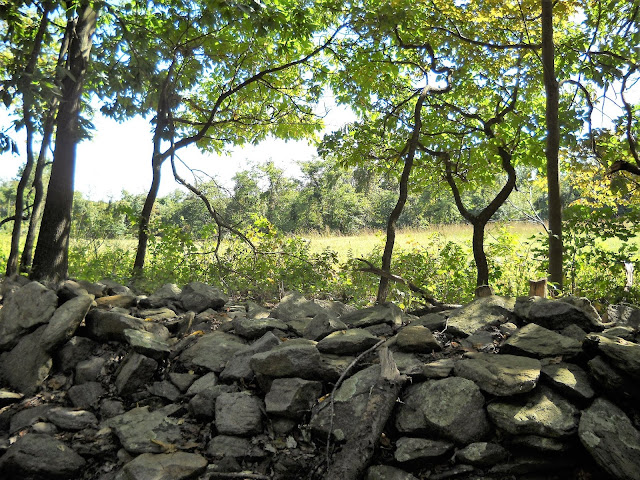 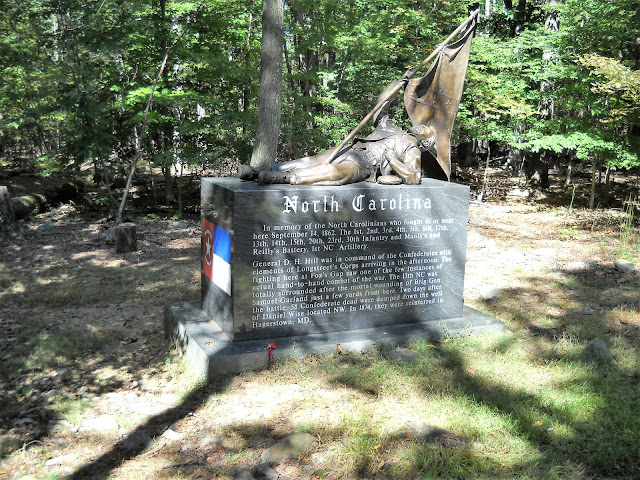 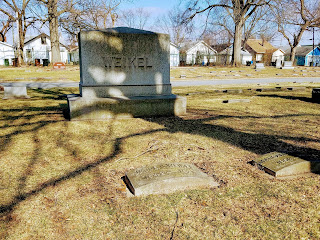 I had an opportunity, on a sunny but cold winter's day, to stop and visit my great great grandfather's grave in Woodside Cemetery in Middletown.  My wife and I took a bit of a drive, had some pretty good BBQ, walked around the revitalized downtown a bit, and then headed to the cemetery.  I was able to find the plot fairly quickly as I had completed a bit of research prior to visiting. 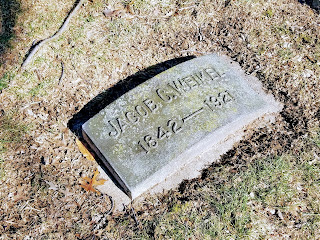 As mentioned, Jacob C. Weikel served in the 12th Ohio Infantry, enlisting as a private, then mustering out as a sergeant, enlisting in the 23rd for a few weeks, before finally leaving the service.

Next steps will be to buy a GAR or Civil War veteran marker and place it near the grave as well as about seeing how to get a wreath placed each year as part of the Wreaths Across America program. 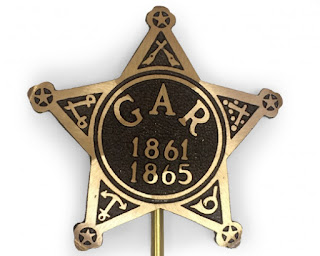 Shhhhh, don't tell the wife that an upcoming trip I am planning with her involves some volunteer work....

In the fall of 1861 one William "Bull" Nelson was tasked with moving into east Kentucky and breaking up any Confederate recruiting that was taking place in the bucolic hills and mountains.  This was Nelson's Big Sandy Expedition, that led to the Battle of Ivy Mountain.  Many of the regiments in Nelson's command were from Ohio, including some of those later found at Perryville, Stones River, and Chickamauga (among other places), the 2nd, 21st, and 33rd Ohio.  The battle itself was not a large affair, and did temporarily push Confederate recruitment out of the area.  And while not a large battle, it does have a small memorial park with a twelve foot obelisk and a couple of interpretive panels.  And it is also a bit of a mess, which leads to the cunning plan.

The American Battlefield Trust holds an annual Park Day, in which volunteers can gather to work at their local Civil War site.  This year Park Day is on April 6th, and I am already involved with a clean up day in Augusta.  However, Park Day events do not have to be on the same day as the national date, and so I am working on a bit of a clean up at Ivy Mountain, late April.  This might be a Park day event, meaning that for those who participate some cool Park day t-shirts will be their reward, along with knowing they have made an impact.  And Ivy Mountain could use some impact.

Look at the following pictures and you can see some of the opportunities that a clean up day at Ivy Mountain offers.

Now, what could be accomplished?  With enough hands, we could make some immediate visual improvements, such as those labeled in blue on this picture.

So really, two cunning plans, one that would give the wife an overnight trip to a new area, and the other that could lead to a much more appealing memorial area.
Posted by Darryl R. Smith at 5:32 PM No comments: