And to add to the list of previously mentioned talks and tours I have scheduled in 2018, here are even more!

6/23/18 - Cynthiana tour for the Madison County Civil War Round Table.

7/8/18 - Speaking at the James Ramage Civil War Museum folks...topic?  You guessed it again! 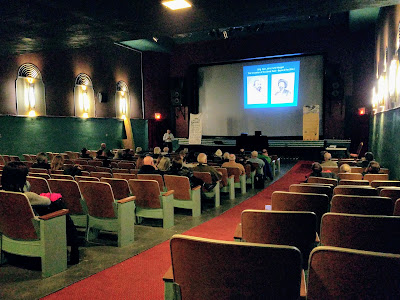 I will admit, when I pitched the idea of doing a speaker series in Cynthiana to members of the Cynthiana Battlefields Foundation, there seemed to be a fairly lukewarm response.  There was an expressed concern about a lack of locals attending which meant a potentially low turnout, but my belief was that if we had known speakers and/or interesting topics, and promoted the event regionally, folks would drive an hour or two and that would make up for the local disinterest.  Whew, luckily I was correct!  We had exactly fifty attendees for our first Speaker Series event, many of whom drove an hour or more to Cynthiana to hear David Mowery talk about the Great Raid of 1863.  We were also able to add new members to our rolls, sell a few items from our wares table, and garnered some donations as well.  And while local turnout was as expected, feedback was favorable and I believe there will be excitement for our next speaker in May.
Posted by Darryl R. Smith at 8:17 AM No comments:

A Duel Between Friends?

I've been doing a bit more cursory research into a duel that took place between James P. Fyffe and Carr B. White, two gentlemen burie... 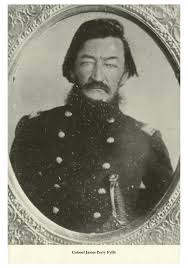