Confederate Monuments - Should They Be Moved? 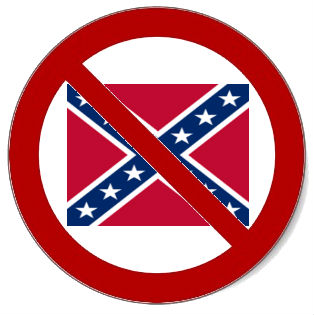 Over the last few years there has been quite a movement to erase history.  Now, before you assume you know which side I fall on based on that statement, please read on.

We have a past, a notable and memorable and yet at times an ugly past.  Our Civil War past encapsulates both the notable and the ugly.  States in the south rebelled against the government, in some hazy respects like the thirteen colonies rebelled against England.  Yet in many ways, this rebellion was nothing like the rebellion that secured the United States as a separate country.  This southern rebellion was not because those states who tried to secede from the Union were being taxed unfairly or were not being represented within the framework of a legal government.  They were taxed like other states, and they were represented like other states.  These states seceded over what they perceived were states rights issues, issues that were driven by economics, and those economics in turn driven by the peculiar institution of slavery.  So when I read or hear about southerners calling the Civil War the second war of rebellion or the war of northern aggression, I laugh, snicker, and cringe as typically the commentator is most likely uneducated as to the causes of the war and the reason the southern states felt the need to secede.

This lack of education permeates our current society.  When I see a pickup truck driving down the road with the Confederate battle flag being displayed, usually in conjunction with a gun rack and a pair of rubber gonads dragging from the trailer hitch, I am always a bit put off, angered, and intolerant of said obvious redneck.  Can that driver name ten, no make it FIVE, Confederate generals?  "Sure,  I can...Bobby Lee, Stonewall, JEB...and...and...."  Nope, they can't.  They claim heritage not hate, yet display a flag that we ALL know incites anger and at times fear in 12% of our population (based on the 2010 census).  It is one thing to have the battle flag correctly displayed at reenactments, in museums, or Confederate cemeteries, but to be a Bubba who is purposely calling themselves a "rebel," (a rebel against what, self-inflicted ignorance?), knowing full well that their display only serves to divide, is beyond my ability to understand.  Instead of studying the war, engaging all the facets and facts, realizing that the war has so many layers and truths, they display a race-hating flag.  Just look at the number of southern states, long after the war was over, who included the battle flag as part of their state flag.  Heritage?  Wouldn't heritage be displaying the state flag that was used at the time of the war?  No, sorry, but this incorrect use of the battle flag is truly for one reason only, to prove ignorance and hate.  Fly the flag when it should be flown, drop it at all other times because Bubba's ignorance and "heritage" represents only hate.

Having said all that, the other side of this coin also needs to understand our history, and it is our history.  There are things that occurred that we are not proud of, but in no way should we go out of the way to destroy those stories.  The monuments that are allegedly so offensive have become historic in their own right.  Many have been in existence for decades, and they become their own story.  If they are located in a public location, a location such a public park or government facility, then perhaps either avoid the monument if that dead dude on a horse offends you, or instead of defacing the monument, work with local historical entities to see if there might be a more suitable place, meaning one less offensive and still visible to those wanting to see monuments to men who did sacrifice to a cause they believed in, even if the cause seems foolish to me.  If a small town wants the statue for their park, then let them have it and move on.  If a cemetery can accept the monument, then accept that and move on.  But busing in outside trouble makers to protest or deface only causes deeper issues.  Let the locals work together towards a solution.  I can imagine there are enough locations that would accept a Bobby Lee statue in a place that should be less intrusive.  There is no need to destroy the monument.  Imagine tearing down or vandalizing the Jefferson Monument. (You know he owned slaves, right?  You know that he was encouraged several times by Revolutionary hero Tadeusz Kościuszko to set his slaves free?)

Our Civil War is filled with deeds and disasters, heroes and villains (on both sides), and is one of the largest chapters of our history.  Perhaps a little more education, and a little more cooperation between local entities, will help bridge the gap between the extremes.  Instead of demanding that a statue or monument be removed, start an educated discourse on why it could be offensive.  Instead of being a redneck displaying a flag of rebellion, maybe understand that it causes a group of our citizens discord and discomfort.  And perhaps that status of a slave-owning general might cause some discomfort as well.  Move the monuments?  Perhaps, but let the local citizens decide their fate and relocation while at the same time understanding the history behind that historic statue.
Posted by Darryl R. Smith at 5:07 PM