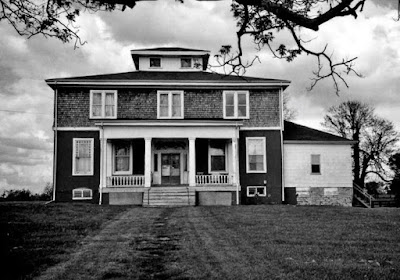 Yesterday saw the third meeting of those interested in interpreting and saving the Cynthiana battlefields.  This was the all important meeting to determine who was going to serve on the board, and in what capacity.  While I was interested in serving as president, being an hour away does not allow me to serve in a manner that I think the president role should function, which means being local and being available to attend many of the happenings within the region.  To that end, I will be serving on the board, and filling the role of membership officer.  Richard McCormick, he of My Civil War Obsession fame, has agreed to be secretary, so we have two persons from greater Cincinnati on the board.  Bill Penn, who literally wrote the book on Cynthiana during the Civil War, is also on the board, giving the board a person who has name recognition in the community.  We also have four folks more local who are passionate about this effort on the board as well.  Next steps are now legal...getting the non-profit filing in place, establishing a business account at a local bank, securing a mailing address (which we have been able to do).

You may have noticed that I haven't really posted much about Perryville lately.  I still have a passion for Perryville, but after many attempts to communicate with the Friends group as I wanted to do more, yet being, for the most part, ignored, I am putting my preservation efforts into Cynthiana, which is only an hour away.  Here I have been able to come in and help get the Foundation off the ground, even though I am not a local.  I am still doing tours at Perryville of course (two scheduled in May next year), and will support the battlefield as I can, but my main focus, where I have been welcomed, is Cynthiana.  There is so much to do there, the challenges are many, and it should provide quite the opportunity for long term commitment.  I really look forward in helping to get the battles more recognized, the area visited by those with an interest in the Civil War, and building a strong team along the way.

Look for more about Cynthiana over the next several months!
Posted by Darryl R. Smith at 12:54 PM No comments:

Last weekend those who are interested in preserving, interpreting, and promoting the Cynthiana battlefields met for the second official CBF meeting.  This meeting covered a lot of topics, but was mostly focused on the nuts and bolts of operating such a group from an organizational and legal perspective.  From the discussion, it was decided to have seven board members, and of those board member positions, six officer positions.  We have to have a board in place in order to create a charter and have representatives to list on some of the official documents as we move forward to some sort of legal recognition (non profit status, tax ID, etc.).  We should be able to determine the actual board members at our next meeting, slated for August 28th at the Chamber of Commerce office.  All are welcome to attend. 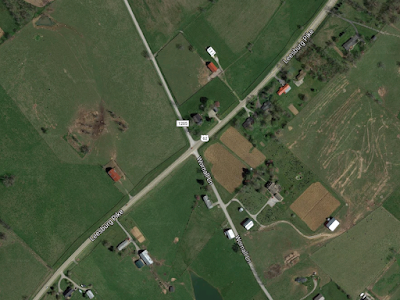 I did take the opportunity to head to Cynthiana a bit early and take a look at some of the surrounding countryside to get a better feel of the terrain and Morgan's approach routes.  I drove to where in both the 1862 and 1864 battles Morgan split his forces to enter the town in different directions.  This location is the current intersection of U.S. 27 (Leesburg Pike) and Smith Martin Lane/Wornall Lane.  Interestingly enough, Smith and Martin were two of Morgan's sub-commanders during the 1864 battle.  I drove down Wornall Lane to Lair Road (both Old and New) to follow the route that Smith and Martin took to come into Cynthiana from the southeast.  I found some neat sites that my wife would love to take pictures.  The countryside is rolling, a little less so south of town, but still a very attractive area to tour.  Long term I would personally like to mark these approach routes as part of the expanded driving tour (along with about a thousand other ideas).  While maybe not fair to compare, but Gettysburg has every rock, shrub, house, and stream marked in some manner (a bit of an exaggeration, but you get my point), so why not mark hospital sites, driving routes, etc. at Cynthiana?