The CFB on FB

Just a quick blurb about the new Facebook home for the Cynthiana Battlefields Foundation!  I am sure a website will be forthcoming in the near future, but for now please go take a look over at Facebook and like the page...and then share with your historical-minded friends.

And, if you are interested in being a part of the leadership, make plans to attend the next meeting.  July 31st, 2:00 p.m., in Cynthiana.  UPDATE - The meeting will be held at the Chamber of Commerce office.

Here is a bit on the 1864 battle (really three battles), part of Morgan's Last Raid.
Posted by Darryl R. Smith at 4:06 PM No comments: 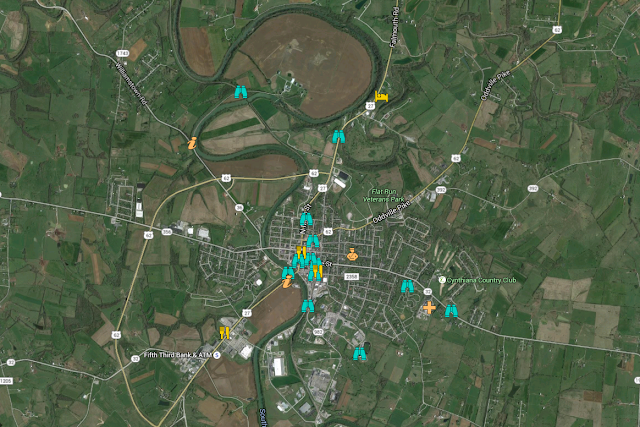 Well, after several months of trying to reach folks who might be interested in forming a friends/preservation group for the battles at Cynthiana, we held our first meeting of the Cynthiana Battlefields Foundation this past Saturday at Biancke's Restaurant, and over a dozen folks turned out, including several locals.  While we might not have covered as much as I would have liked to have delved into, we did get a good start, agreeing upon an organization name and looking at some immediate projects to increase awareness for those visiting Cynthiana.  While there is a lot for this group to take on, from redesigning the driving tour, to enhancing the tour stops, to starting the process of forming a non-profit, to preserving and interpreting battlefield property, at the very least there is now an interest locally.

Our next meeting will be at 2:00 p.m. on July 31st in Cynthiana, location to be determined.
Posted by Darryl R. Smith at 4:31 PM No comments:

Some exciting news on the tour front....

A couple of weeks ago I reached out to the fine folks at the Civil War Education Association about leading tours for them in Kentucky, locations like Perryville, Camp Wild Cat, Mill Springs, Cynthiana, etc.  I received a quick response, and had a recent phone chat with their organizer, Bob Maher.  It looks like I will be one of their tour leaders in 2017, with a 2.5 day tour at Perryville.  With such noted historians as Ed Bearss, and Jack Davis, and a host of other excellent historians, I feel honored to be able to lead folks from the CWEA to the rolling Chapin Hills and share the Perryville story.  There are several positive aspects to this relationship - first, the organization seems to be very dedicated to providing a great experience to battlefield visitors; second, having tours through CWEA will bring visitors to the Perryville area that may have never ventured there on their own which increases awareness and support for Perryville; and third, this could lead to not only more tours with the CWEA but also help solidify my reputation with folks wanting to sign up for a tour with Walking With History.  Okay, so that last comment was a bit on the self-centered side, but I do need to establish myself as a good tour guide, and working with CWEA gives me another opportunity to do just that!

I had heard comments about the CWEA at our Cincinnati Civil War Round Table meetings from Dave Mowery, who also leads tours for them.  I had never heard of the CWEA until eavesdropping at one of the round table meetings.  Once I looked them up I realized that their direction for educating the public about our historic past was aligned with what I am trying to accomplish with Walking With History.  Increased knowledge leads to increased awareness which leads to increased preservation.

More on this exciting opportunity in the future!

If you can attend, please indicate by clicking this link and voting yes.  That way we will know how many folks are coming and can let the restaurant know.

Lot's of topics to discuss, and an agenda will be posted soon.

Anyone who wants to view some of the tour stops to talk about potential improvements can join after the meeting. 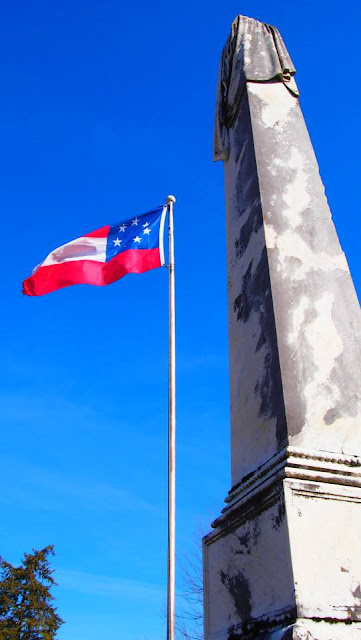 Yes, you did read that correctly, I wrote battles not battle as there were two battles that occurred in this Kentucky town nestled in Harrison County, about sixty miles south of Cincinnati. Most Civil War battlefield trampers have never heard of Cynthiana, yet it played a significant role in two of John H. Morgan's raids (1862 and 1864). It was the 1862 raid that led Morgan to wire to Edmund Kirby Smith "Lexington and Frankfurt...are garrisoned with Home Guard. The bridges between Cincinnati and Lexington have been destroyed. The whole country can be secured and 25,000 to 30,000 men with join you at once."  This leads to the 1862 Kentucky Campaign, in which the Kentuckians join the Confederate army, but in the hundreds, not the thousands Morgan (and others) claims will rise up and join the southern cause.  This is a possible point of contention that leads Braxton Bragg to seemingly hold Kentuckians in contempt for the remainder of the war (see Stones River).

While my primary passion will always be for Perryville, I live just over an hour from Cynthiana and the drive is along a scenic stretch of U.S. 27 (once one gets past the suburbia and strip plaza hell of northern Kentucky), while the drive to Perryville twice as far.  Of course, Perryville has 1100+ acres of interpreted battlefield to explore, saw the deaths and wounding of thousands of men, and is a state park.  Cynthiana has none of that.  There is a fourteen stop driving tour that covers both battles (very small affairs by Civil War standards), a couple of cemeteries, and an 1861 Federal camp that was occupied by the 35th Ohio.  To go along with the tour is a well done CD available from the chamber of commerce, but the chamber is only open Monday through Friday during business hours, and most battlefield visitors are weekend warriors.  That does make it difficult for weekend visitors to fully enjoy the tour experience.

There is also a well-done book that covers Cynthiana and Harrison County during the Civil War, written by William Penn.  Published in 1995, copies are going for at least $150.00, but Mr. Penn has informed me that he is working on an expanded second edition that will be published by the University of Kentucky Press, hopefully later this year.

The 1864 battle is included in the American Battlefield Protection Program's study.  There was also a specific battlefield study completed by a local (Cincinnati) firm some years ago that covers all the Civil War related sites and gives recommendations for further battlefield preservation and interpretation.  But what is missing is a "friends" or preservation group to act upon the recommendations made in those two studies. 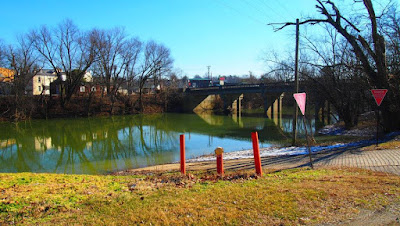 For the last few months I have sent a slew of emails to various folks I thought might be interested in helping to form some sort of group that would help develop Cynthiana's Civil War history even further than what has been accomplished by the current driving tour.  Those emails went to the chamber of commerce, reenactment units, and others I thought might be interested in driving this project.  I also started reaching out to the various agencies that might assist with formation, preservation, and funding.  Alas, I received very little response from the folks I thought might be interested until recently when Bill Penn provided another name I might try.  Luckily, the email exchange with this latest individual has been fairly frequent, and they seem to have similar thoughts when it comes to forming some sort of group for the Cynthiana battles.  I believe we will meet sometime this summer and see what we can do to drive local interest in the Cynthiana story.  More to come on this subject in future posts!
Posted by Darryl R. Smith at 4:48 PM 4 comments: